Why is Love Out Loud Foundation dedicated to improving the mental health of young people?

From the Rogue & Rouge Foundation activities;

We started as Rogue & Rouge Foundation in 2015. We’ve travelled Australia in a big yellow van seeking answers and innovative solutions to the mental health epidemic, engaging directly with the hearts and minds of Australian community members. We’ve worked with over 250,000 people, fine tuning one-of-a-kind methodologies for transformation and conversations. We’ve connected directly with 50,000 young people across Australia through workshops and community development projects.

These experiences have helped form the basis, fabric, and focus we bring as the Love Out Loud Foundation.

We’re inviting you and your communities to be a part of this purposeful movement making a sustainable difference on a global scale to the mental health and wellbeing of young people.

The state of mental health in young people

Mental health disorders that emerge during the formative years of childhood can have a lasting impact on the health and wellbeing of the individual and on the lives of those around them (Erskine et al. 2015).

According to the World Health Organization, globally, one in seven 10-19-year-olds experiences a mental disorder, accounting for 13% of the global burden of disease in this age group. Depression, anxiety, and behavioural disorders are among the leading causes of illness and disability among adolescents. Suicide is the fourth leading cause of death among 15-19 year-olds.

While we are yet to see the true impacts of the COVID-19 pandemic on our youth, in Australia, Kids Helpline reported that attempted suicide rates among Victorian teenagers rose by 184 per cent in the first six months of 2020. The highest rates of suicide across the period were for young people aged 18–24, which increased from 10.8 deaths per 100,000 population in 2010 to a high of 16.4 in 2020. Additionally, in the first six months of 2020, Kids Helpline received 14 calls from children just five-years old.

Mindfulness-related treatments and approaches are effective for young people and adolescents with different mental problems, including, stress, anxiety, eating disorders, depression, self-harm thoughts, self-control, sleep quality, academic performance and more. Practising mindfulness-based meditation also results in better and more accurate memory, inhibitory control and resilience. We believe that the widespread, regular practice of mindfulness amongst young people, will support the development of the awareness and consciousness, empowering them to live a life of inspired action as they grow up to lead the world with awareness and love.

Meditators were significantly less likely to develop suicidal ideation or thoughts of self-harm than controls. These results suggest that mindfulness training may yield both unique and non-specific benefits that are shared by other novel activities. https://pubmed.ncbi.nlm.nih.gov/24930819/

The social and economic consequences of BDS are significant and mindfulness therapy may have a potential to significantly improve function, quality of life and symptoms, prevent a social decline, and reduce societal costs. https://pubmed.ncbi.nlm.nih.gov/23171754/

Positive outcomes in 36 reviewed projects include not only a decrease in stress, anxiety, impulsivity, self-harm thoughts, disruptive behaviour, and psychological distress; but also improvements in emotional regulation, executive function, anger management, self-control, sleep quality, and social competence. As a result, these children attained better academic performance, quality of life, mental wellness, and equally as important, in child-parent relationships. Meditation, as a non-medicinal and low cost measure, is thus recommended for preventive and curative purposes, for adolescent mental health promotion. https://www.sciencedirect.com/science/article/pii/S2214139116300014#s0075 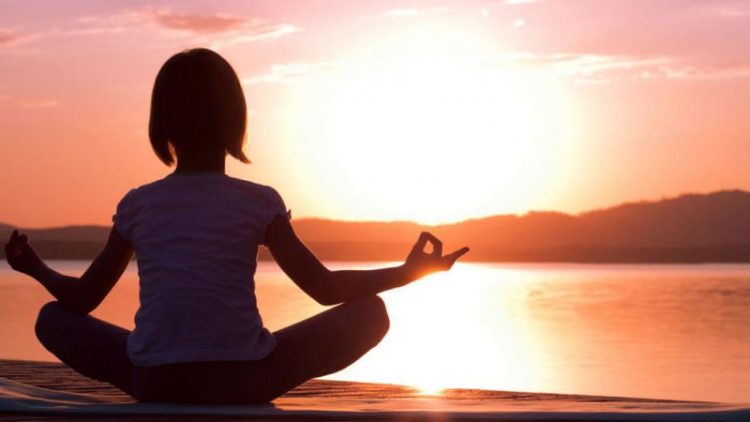 The findings from this study support that the use of mindfulness-based intervention can effectively reduce the suicide ideation and social anxiety of left-behind children in China. https://pubmed.ncbi.nlm.nih.gov/30754074/ 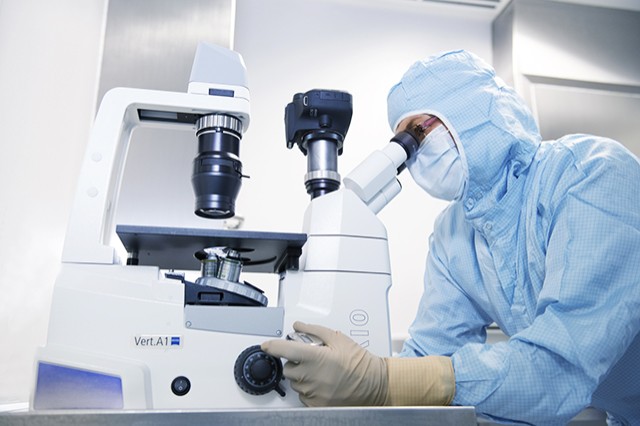 Results from this study suggest that, in the current context of the COVID-19 pandemic, a P4C intervention centered around COVID-19 related themes may be helpful to reduce mental health difficulties, that a MBI may be useful to satisfy BPN, and that both interventions were easy to offer online to elementary school students. Future work including a larger sample size and follow-up measures is warranted. https://pubmed.ncbi.nlm.nih.gov/33493652/

According to statistics, there has been a 50% increase in teenage girls admitted to hospitals for suicide attempts beginning in early 2019 through 2021. Within the numbers is this sobering reminder: teenage boys are more likely to die by suicide, but teenage girls are more likely to attempt it. https://www.amarillo.com/story/opinion/2022/02/01/covid-19-and-suicide-rate-among-young-people/9298969002/

If you split suicide into age groups you see that while it has decreased for older Americans, the suicide rates among young adults (10-34 years old) has actually increased across the board from 2019 to 2020. Moreover, if you break suicide rates down further by race, deaths among Black girls and women (ages 10-24) has increased more than 30 percent, and 23 percent for Black boys and men. Suicides of Hispanic women of the same age group increased by 40 percent. This is a crisis that no one in the pro-lockdown camp wants to talk about.

Drug overdoses, which are not counted as suicides, have skyrocketed. More than twice as many people aged 15-24 died of overdose in 2019 alone than have died of COVID during two years of the pandemic. And drug overdoses have only increased since 2019 — up nearly 30 percent in the past year.

Here’s the deal: Depression rates in the U.S. tripled at the beginning of the pandemic, and they have only gotten worse: from 8.5 percent of people pre-pandemic to over 32 percent of people (1 in 3!) currently. Again: the number of young Americans who have reported having serious thoughts of suicide has doubled since the pandemic began. https://thehill.com/opinion/education/588302-closed-schools-more-risky-for-young-people-than-covid

The potential for the COVID-19 virus to affect the brain and to cause long-lasting physical morbidity means it might become relevant as a risk factor for mental illness and suicide in the future (Holmes et al., 2020; Rogers et al., 2020; Wu et al. 2020). Review findings indicate that the incidence of psychosis, a major risk factor for suicide and suicidal behavior, appeared to be high in people following SARS, MERS, and H1N1 infection (Rogers et al., 2020). https://econtent.hogrefe.com/doi/full/10.1027/0227-5910/a000731#_i2

https://www.cambridge.org/core/journals/irish-journal-of-psychological-medicine/article/can-we-expect-an-increased-suicide-rate-due-to-covid19/7549D93C795496A32457B1E2CC9E5D81 Humans are always prone to disasters which, in general, have an adverse effect on their mental health. Of all the types of disasters – war, violence, natural disasters, epidemics/pandemics and economic recession – it appears that the most toxic is that of economic recession. Mitigating the worst effects of a recession appears to be protective.

“Rates of suicide ideation and suicide attempts among children were also higher when COVID-19–related stressors were heightened in 2020. https://www.healio.com/news/psychiatry/20211013/childrens-suicide-attempts-have-increased-during-covid19-pandemic

According to the latest available estimates, more than 1 in 7 adolescents aged 10–19 is estimated to live with a diagnosed mental disorder globally. Almost 46,000 adolescents die from suicide each year, among the top five causes of death for their age group. Meanwhile, wide gaps persist between mental health needs and mental health funding.

As COVID-19 heads into its third year, the impact on children and young people’s mental health and well-being continues to weigh heavily. According to the latest available data from UNICEF, globally, at least 1 in 7 children has been directly affected by lockdowns, while more than 1.6 billion children have suffered some loss of education. The disruption to routines, education, recreation, as well as concern for family income and health, is leaving many young people feeling afraid, angry, and concerned for their future. For example, an online survey in China in early 2020, cited in The State of the World’s Children, indicated that around a third of respondents reported feeling scared or anxious.

While the impact on children’s lives is incalculable, a new analysis by the London School of Economics in the report indicates that lost contribution to economies due to mental disorders that lead to disability or death among young people is estimated at nearly $390 billion a year.

The analysis shows 61.8 per cent of parents and carers with children aged five to nine think their kids had worsening mental health conditions, while 63.4 per cent with children aged 10 to 14 said the same. https://www.anu.edu.au/news/all-news/covid-19-taking-bigger-toll-on-kids%E2%80%99-mental-health

Deaths of parents and other terrible experiences have hurt hundreds of thousands, so new initiatives are trying to help families in pain. https://www.scientificamerican.com/article/covid-is-driving-a-childrens-mental-health-emergency/

Scan the QR code or copy the address below into your wallet to make your donation. 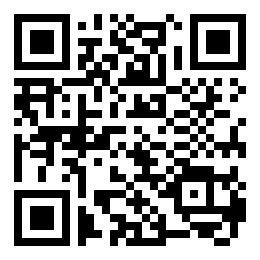 We just need a few details from you before proceeding with your payment. This is for our records and to enable us to provide a tax invoice to you upon payment.